So I'm just old enough to have been born right at the time cartoons became excellent!
It was the early to mid-1980's - the Cold War was settled in, the psychadelic era was over and the hippies now let their kids play with toy guns.
And what lead this dawning of cool?
The toy-tie in 22 minute advert.
And they were good!

Space Battleship Yamato 2199 - A Must See ANime, ESPECIALLY on Blu-Ray

As you may have gathered from previous entries on this site, I am a huge fan of 80's cartoons.
My afternoons in the mid to late 80's were spent watching Robotech, Mighty Orbots, Thundercats, Mysterious Cities of Gold, Centurions, Transformers and the like. In terms of quality animation, I was born at pretty much exactly the tight time!
In fact it was at this time that we started to get a number of Japanese anime shows translated into English (sometimes butchered into English) on our TV screen; the afore-mentioned Robotech, G-Force, Astro Boy and the subject of this post Star Blazers - one of my favourites!
So it was with much joy that I discovered Space Battleship Yamato 2199.
It's a brand new anime, retelling the exploits of the crew of the Yamato as they head into deep space to fight the Gamillons who have destroyed earth. ... and it's amazing!!
The tweeks to the old designs, the inclusion of the original score (rerecorded thankfully) and the familiar character are all there - PLUS more back story, some great new characters and none of the 80's censorship! This series is brilliant!
Now - to be honest, I've had limited success with animation on Blu-Ray - generally finding it's not much better than normal DVD, or if it's a classic animation often Blu-Ray brings out the flaws.
This however, is beautiful on Blu-Ray - flawless, deep shading, 3D-esque depth, brilliant colours - it is truly perfect on Blu-Ray.
I have looked at it on normal DVD and it's still good - but Blu-Ray knocks it out of the park!
In the tradition of anime - it's not just a cartoon - it's got merchandise!
... and have a look at the quality - this is a 1/72 scale kit!

So Space Battleship Yamato 2199 - watch it! If you can get it on Blu-Ray I highly recommend that option. You will not be sorry.
And if you're a fan of the original 70's series, this is a fantastic retelling of a classic space opera story.
17th August 2013

Guarding the globe - a superhero team that's not just naff! 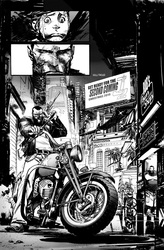 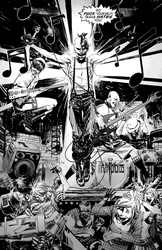 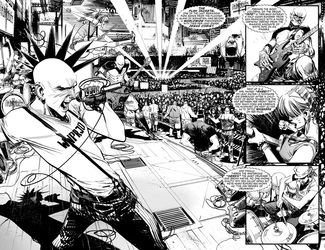 Was Centurions the Best Cartoon of the 1980s?

In later series they were also joined by Rex Charger - Energy Expert and John Thunder the Apache Infiltration Expert.

The thing is - the basic concept is cool.
It's not dissimilar to G.I.Joe, just a much smaller cast and better stories.
I mean I love G.I.Joe for many many reasons, but this is a superior cartoon if truth be told!

For something that was origianlly just a toy tie-in - this gave and gave.
60 episodes of goodness, still (sadly) not on DVD.

And the toys?
They were always expensive and lacked the articulation of G.I.Joe and were bigger than similar figures of the era, so lost out in the end.
Still though, they hold a certain nostalgic flair - ebay has seen me pick one or two up recently.

The mini-series is available on demand: http://www.dvdtalk.com/reviews/54647/centurions-the-original-miniseries-the/ - but the whole series would be amazing!

Centurions - don't forget it.
It deserves to be remembered!
April 2013

The Only Good Nazi is a Dead Nazi... oh and The Rocketeer is cool!!

Thanks to Nick Monfries for the inspiration to share the Rocketeer love!