You may have read our previous post about Onslaught Miniatures and their place in potentially taking the mantle of default supplier of Epic forces for Games Workshop fans who haven't been serviced for years!

Onslaught Miniatures have created a range of 6mm Epic-esque GW-esque figures in what they call the Onslaught Universe.
The Universe has some surprisingly familiar faces and some very nice sculpts!

Avians - A Bird-like race (not disimliar to the Kroot),
the Grud - a Squat-like race built around heavy weaponry and mining,
The Legion - a Tyarnid-like force with many allies from different races,
The Lyceum - no minis on this so far but they sound Necron-like,
Okami Technocracy Combine - a Tau-like race with some really nice sculpts,
Pharaon - no minis so far but they seem like Eldar,
The Sisterhood - a non-too-sublte Sisters of Battle-like race with better scults than GW's 25mm ones. They also have some kick-arse ladies in heavy armour!
Sectnids - similar to the Vespid,
Stygian - amazing looking Dark Eldar-like minis. These are a game changer in the world of 6mm - just amazing,
Tzacol - no minis on this so far so unknown....﻿﻿
The Onslaught Minis site is great and includes an extensive previews page - well worth a visit - if not to order, just for the Epic goodness! 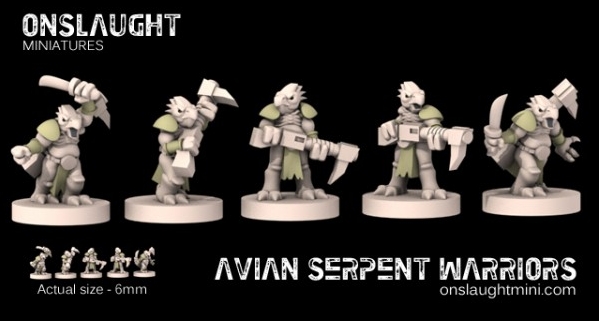 You have to admit, these are some of the best poses around at the moment. This is the illustration that sold me!

This is what you actually get. There's still lots of detail in there - but you'd have to wonder what 3D printed ones would look like! 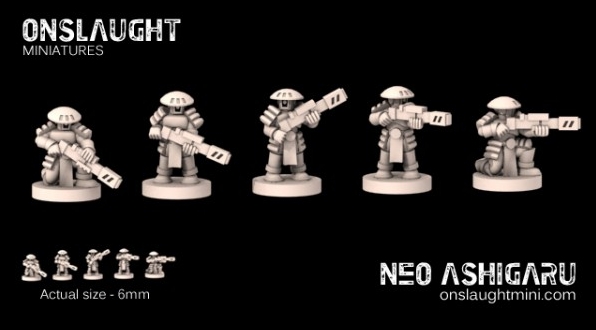 Not as much detail as the Avian Serpent Warriors, but still nicely posed and carrying a fair amount of character.

These are really nice little minis! If you like Epic scale then I couldn't recommend them highly enough. Just have a look at their vehicles and larger items - Onslaught really are on their way to revitalising a franchise that Games Workshop abandoned years ago!
For the price, these are great value!
I would LOVE to see these in plastic in the future - the detail would just be brilliant and open up the world of conversions. 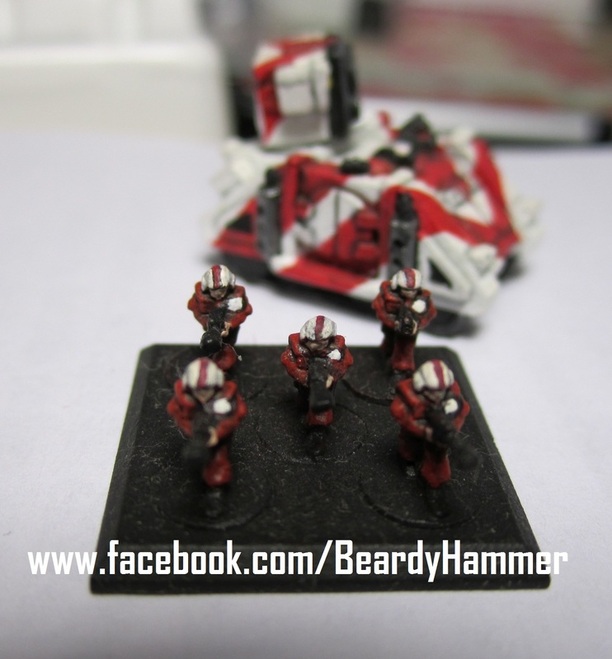