There were quite a lot of entries for Gunpla in Australia this year, in particular in the form of dioramas.
Here's a selection that (a) didn't have tonnes of people around them and (b) caught my eye!
Again., the cabinets were sufficient to have nicely spaced kits. The variety was interesting. From HG to MG and the odd RG
As I said - dioramas! 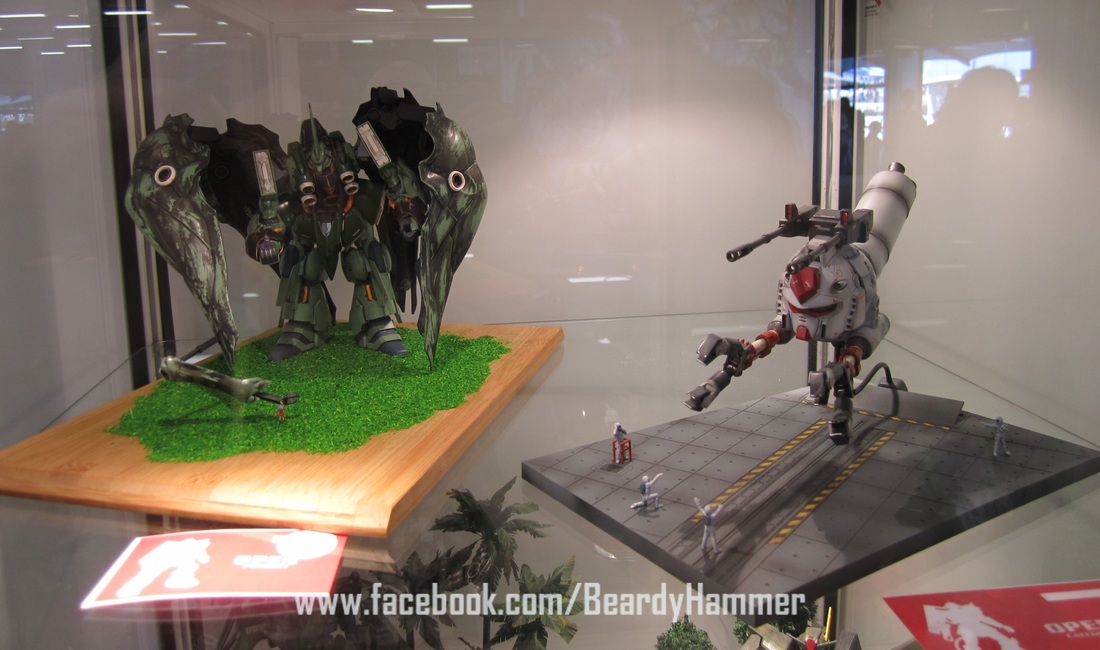 There were also some really cool single figures too in various scales
But Master Grade and Perfect Grade kits ruled the day. There was quite a bit of LED light-up action and some really superb work! 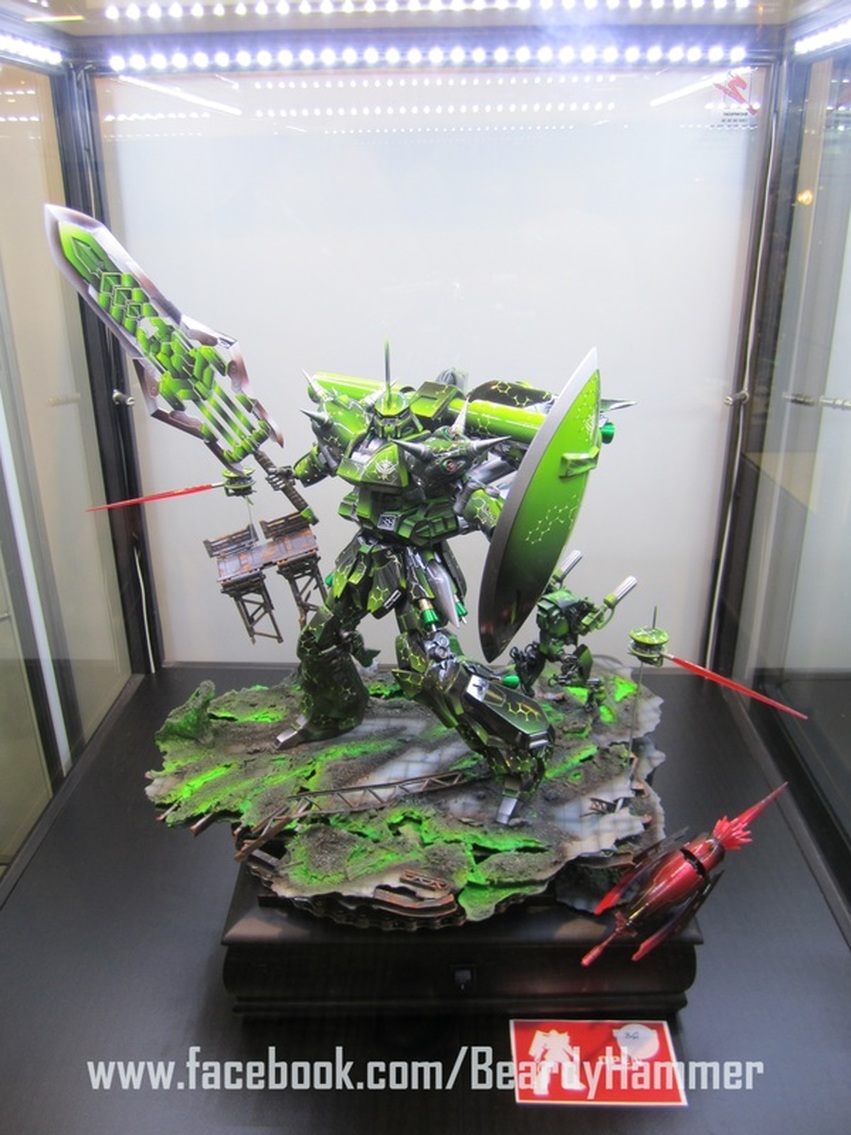 But this was the winner! 5 months work went into this baby! The base revolved and there were LEDs aplenty! Oh, and it was HUGE! 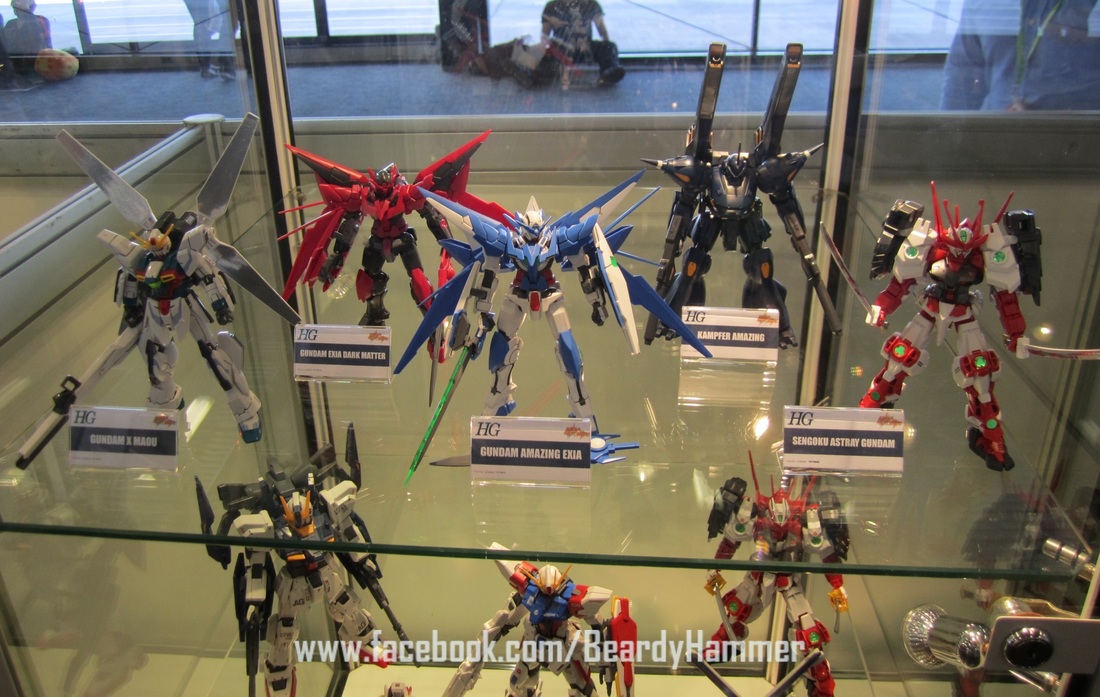 There were also a range of newer kits to perve at... 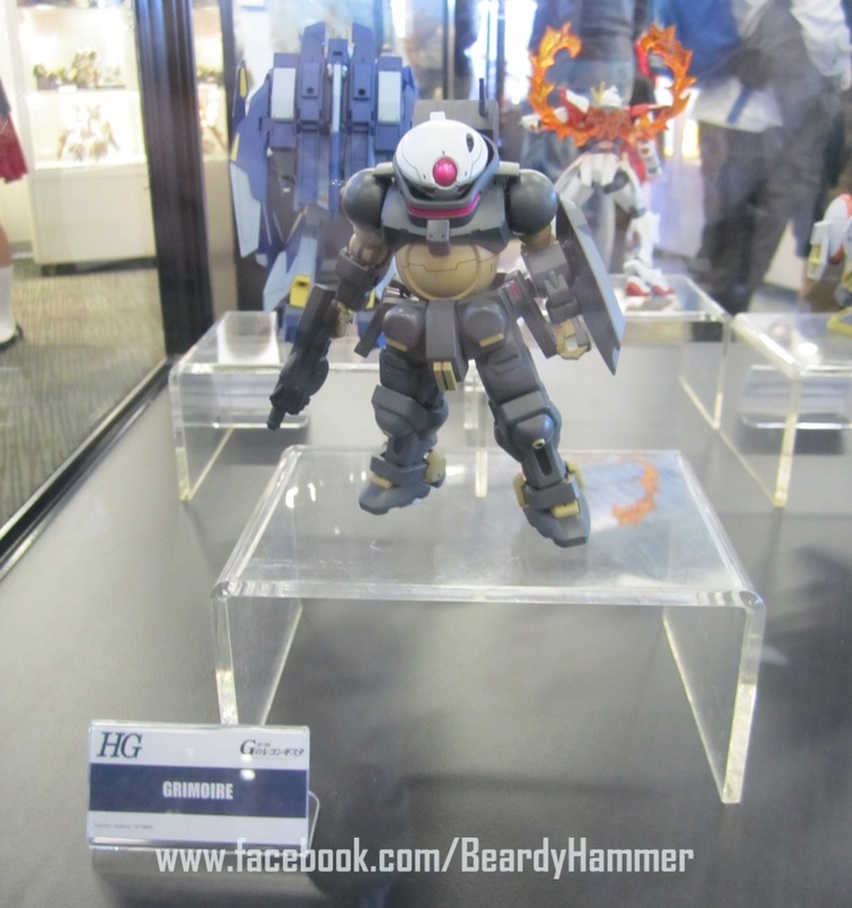 ... including from the new Gundam Reconguista in G anime. I really like this one (above) and the Burning Gundam is really cool!
Tentative release is October
August 2014

Gunpla 2014 Entry Complete and In For Judging 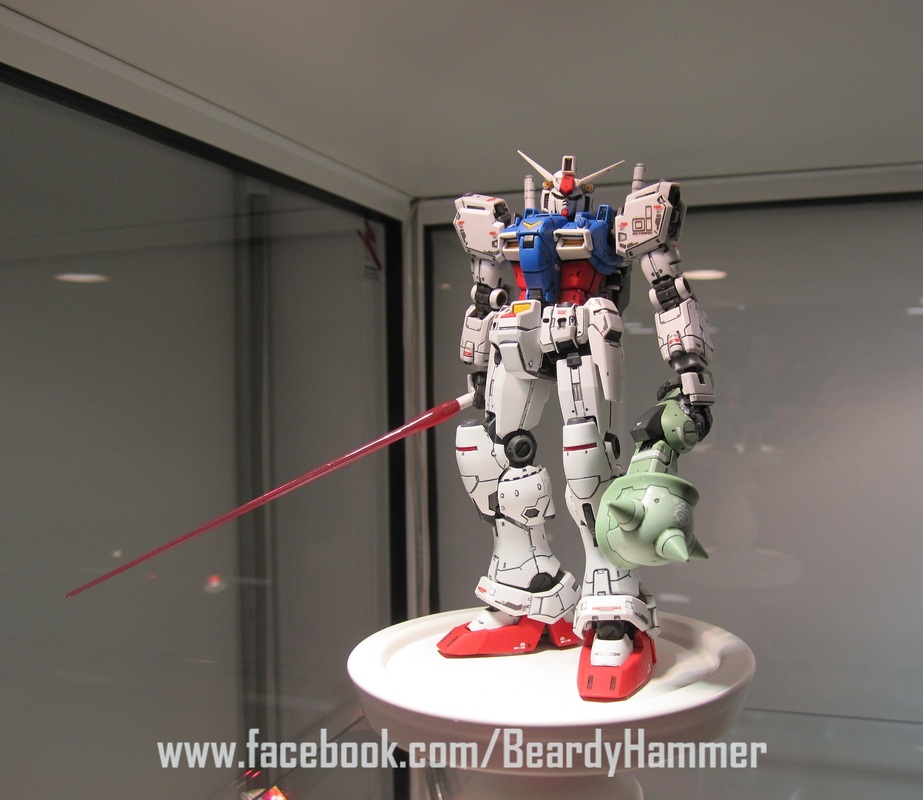 So here it is - under the professional lighting of the judging cabinet... not nervous at all!
August 2014

It WOuldn't Be Gunpla Without drama and mind-changing... Hello Zephyranthes!

The newly white Zaku seemed to be going well, until I really looked at it and realised what an absolutely shit-house job i'd done!
It was time, yet again, to change tack! 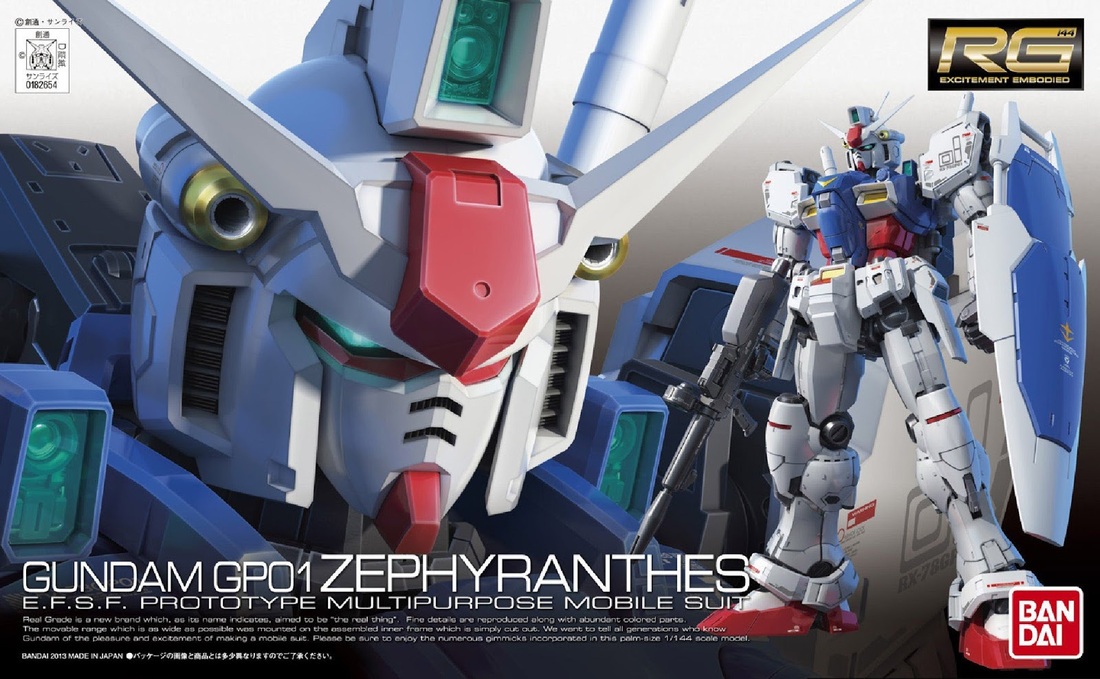 Houston, we have the Gundam GP01 Zephyranthes, from the anime that first introduced me to Gundam; the Stardust Memory OVA.
Now I've never built an actual Gundam before - I usually go for the enemy mobile suits; the Zakus and their kin, but a change is as good as a holiday and the Real Grade Bandai kits had been calling to me for a while now.
Luckily it turns out this is considered one of, if not the, best of the Real Grade kits. 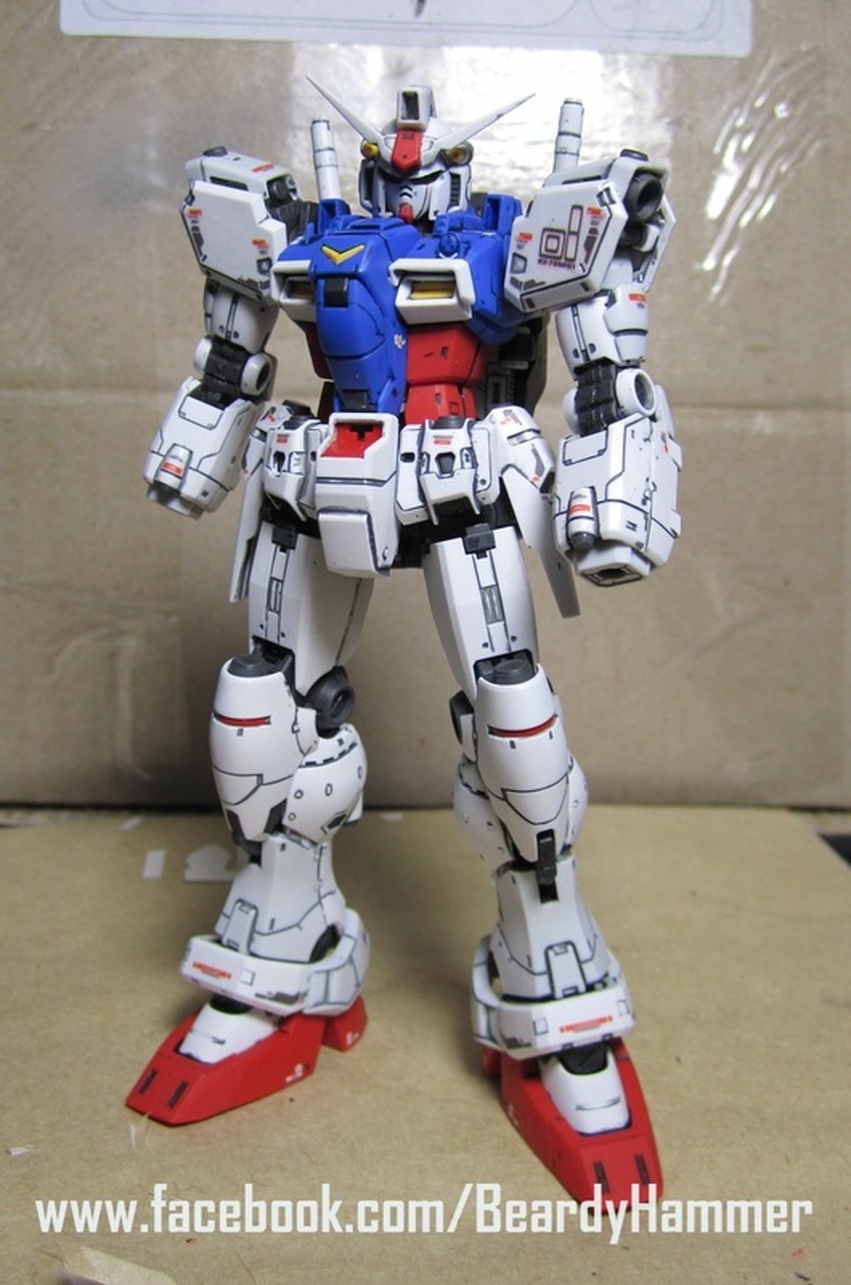 The work in progress shot - such an impressive looking kit even with my small amount of skill.

Time To Turn The Pink Into... Well Something Other Than Pink!

You know, as much as I really wanted to make this Zaku, pink is a colour that's really hard to get passed when planning out a colour scheme! It's just so... pink!
So I decided to cover it up. A can of Tamiya primer and then two coats of Tamiya XF-2 Flat White later, we have success!
Now I can finally move onto planning this Zaku ace! 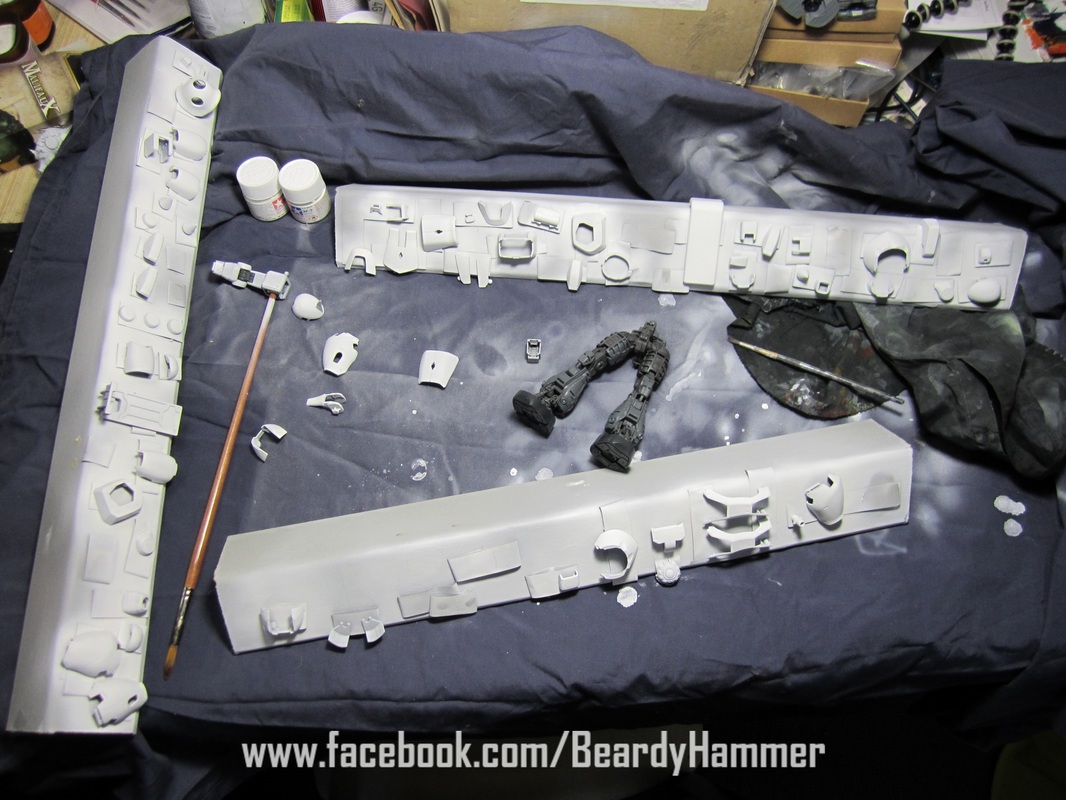 Time For a Bit of Super Detailing

Okay so the Geara Doga is a totally sweet model - but it wasn't going to fit into the plan for Gunpla this year... so in it's place I present to you...

After some thought and pondering on a theme, it's the AMS-119 Geara Doga for Gunpla 2014.
This is my first Master Grade kit and my first 1/100 kit, so I'm pretty excited.
Geez there's a lot of pieces! 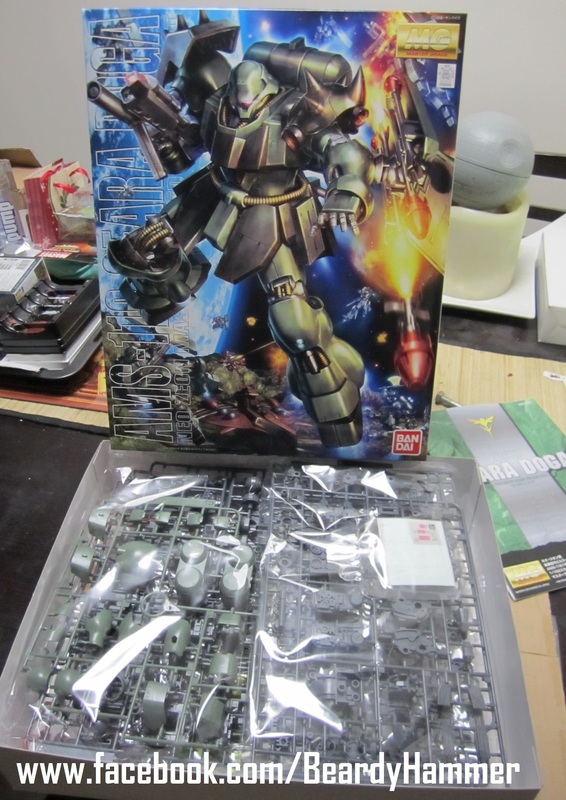