Blog Posts from Around The Site You May Have Missed

It's a Giant Box

The world's biggest box arrived at my work today - and it was full of Titanfall Collector's Edition goodness.
The giant box this came in was the talk of my workplace who are all too used to me getting odd packages of varying shapes and sizes, but this was an entirely different thing.
Here is a 3 3/4 Clone Trooper from the collection on my desk to give you an idea of the scale of this box.

The packaging of the statue itself is quite remarkable! As you can see on the sides of the polystyrene, there are thick paper struts to stop it collapsing and a multi-stage multi-layer polystyrene shell. Very nicely designed! 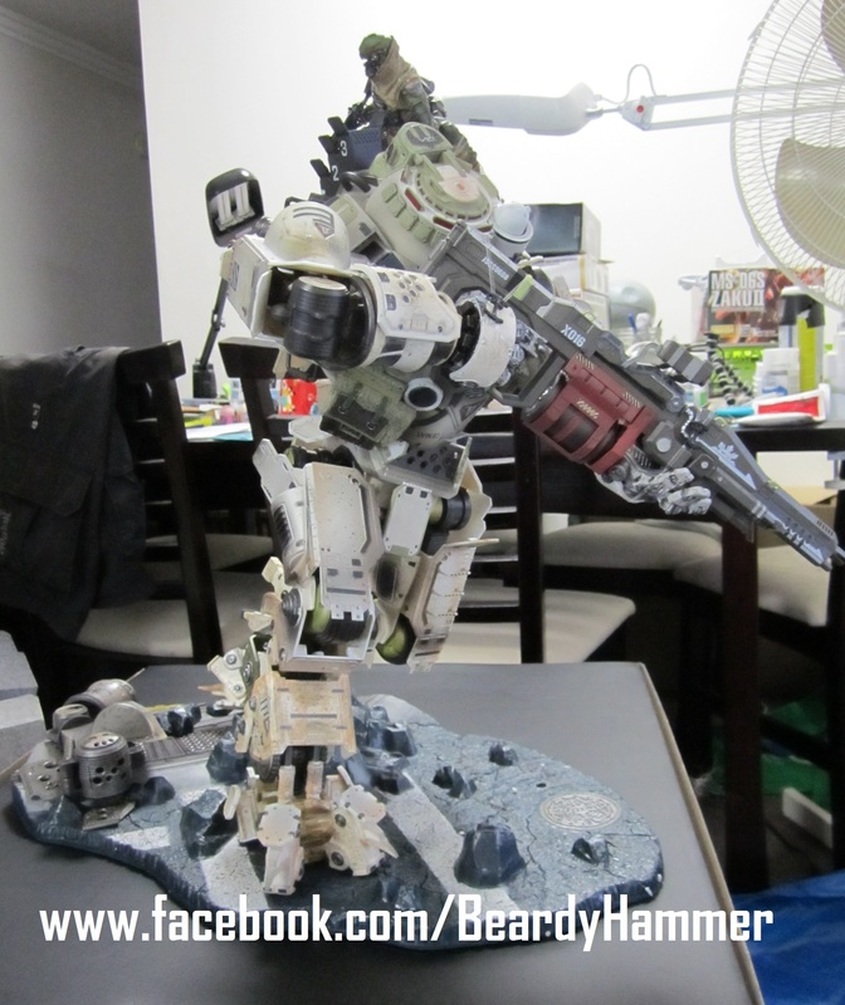 And here it is in all it's glory, and when I say "glory" I meant "very big model kit... because that's basically what it is.
It's not polystone, it's plastic sub-assemblies put into this pose.
I must admit for the price I was expecting more of a sculpture or statute, but this is just like a really big toy.
The wrists are articulated and the gun can almost come off.

There are three human figures in the set; two IMC infantry and a Militia pilot about to hijack the Titan.
These two figures packed securely in the top of the box are perfect but... 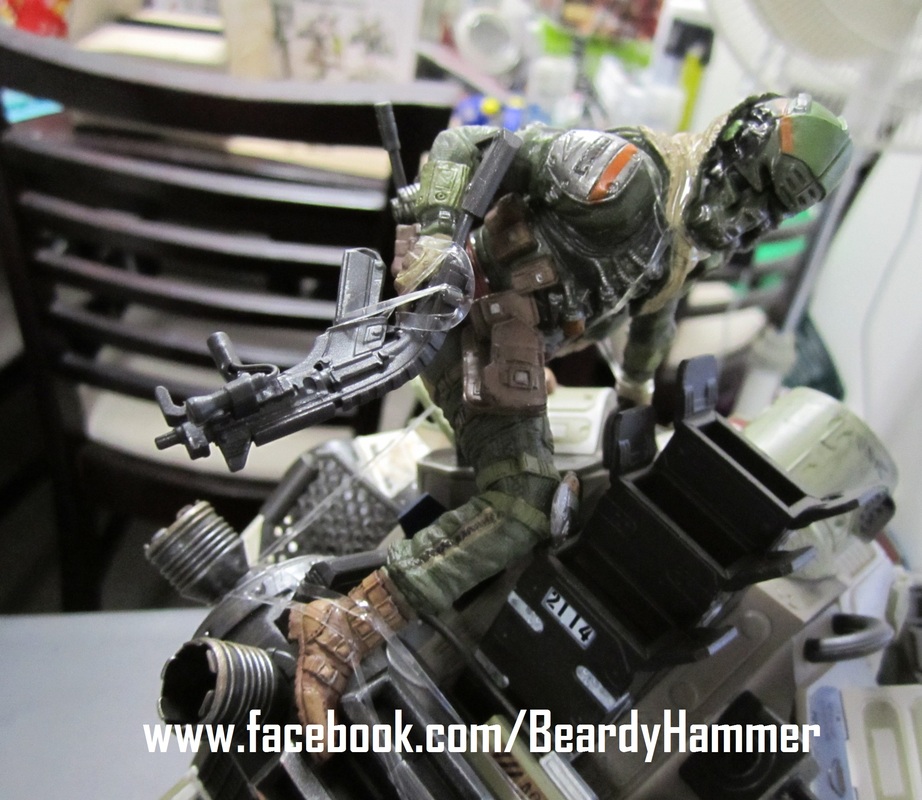 ... the militia pilot's SMG is badly bent and warped. With all that packaging you'd think it would survive a bit better! I tried to bend it back, but it's pretty warped! Pretty disappointing really.
The IMC infantry guys look pretty cool! and fit very securely into the base - which is massive by the way!
As you may have seen online, there are LEDs inside elements of the statue, which can be changed by the push of the button to be Militia or IMC. They are very bright and actually look pretty cool. But that's not all that lights up...
The Titan itself changes it's faction (as such) at the touch of a button.

This is a truly massive model! The base itself is huge and doesn't fit where I had thought it would go. This would be the centrepiece of any gamer's lounge room or bedroom. Don't expect it to just fit in somewhere.
The actual material of the statute disappointed me a bit, It's just plastic like a toy, a bloody big toy mind you.

If you're a Titanfall fan, this is amazing and I noticed the price in store seems to be less than the original pre-order and Titanfall store price - so go for it. Own this!!
I do wish the gun on the Milita pilot wasn't so warped - it's a real bummer.

Life is Better With Titanfall

Despite the tight March 13th embargo for Australian customers of Titanfall, the game and it's universe still continue to inspire.
The US release has been hit with a number of PC and XBox One issues, which we can only hope get fixed by release date here...!
Until then - enjoy this awesome video.

When it comes to the titans, the Atlas has always been the face of Titanfall and the other day the folks at EA Games released this - the promo reel for the Atlas Titan!
Big thanks to Ben for spotting it and letting me know!

In another move towards Titanfall becoming the most dominant game of 2014, Titanfall has won VGX's Most Anticipated Game of 2014 - which is quite a lot to live up to as the award is voted for by fans.

More From Behind the Scenes of Titanfall

As you may remember from my previous post on TitanFall - I am very very excited by this game.
When it was previewed at E3, it was THE only redeeming thing about the XBox One launch.
Now, happily it will also be on PC, so that purchase has been delayed!
Well today this video was released showing the kit-bashing it took to design the mechs and some awesome looking 1/6 scale figures. Check this out!!
August 2013

titanfall - the shining star of e3?